We offer the best quality service in industry

In Kazakh language “saumal” translates to “fresh mare milk”. Its unique and healing properties have been known for a long time.

SAUMAL® is a white powder with a pleasant milky smell, which is made from whole mare milk by freeze-drying and meets all the requirements for food quality.

Shelf life in vacuum package is 24 months. After opening, it is recommended to consume the contents within 20 days.

• Conducted clinical studies prove the effectiveness of SAUMAL in the treatment of various diseases.

• Similarity to breast milk promotes rapid absorption and allows it to be given to children.

• Convenience and accessibility for urban residents. SAUMAL can be consumed all year round when fresh milk is only available 5-6 months a year. 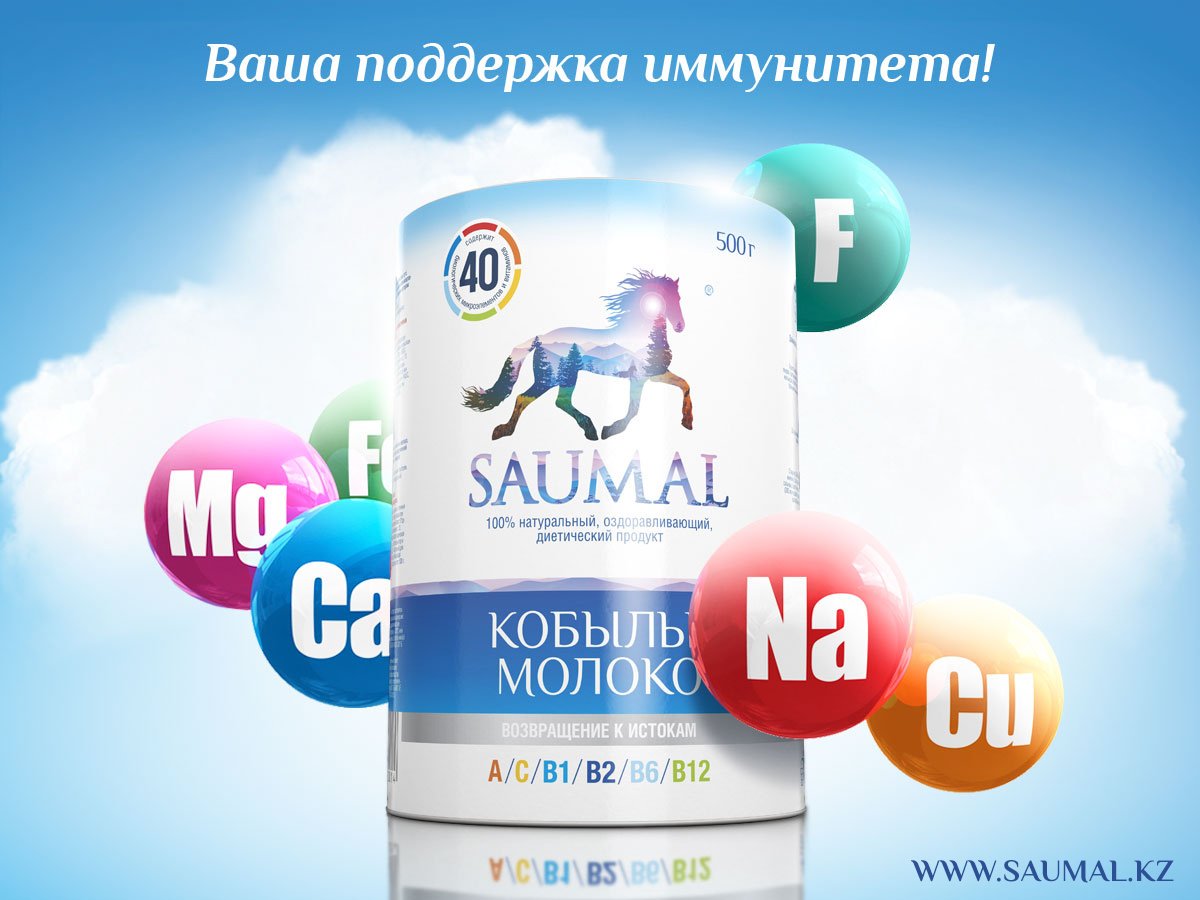 The composition of mare milk is as close as possible to mother’s milk and belongs to the albumin group, i.e.there are

more whey proteins than casein. While milk from other farm animals (with the exception of donkeys) is casein

group, since they are dominated by casein.

They have unicameral stomachs of a similar shape. At that time, almost all herbivores had multi-chambered stomachs. 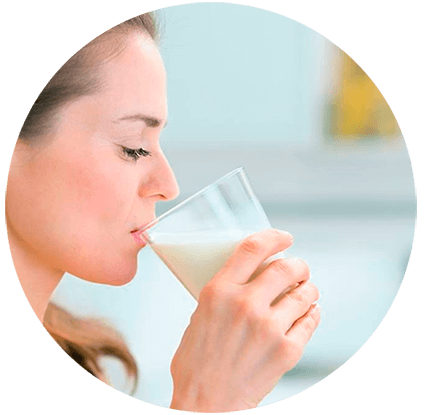 Among all the essential amino acids present in mare’s milk, tryptophan can be distinguished separately.

The body uses tryptophan to make niacin (vitamin B3), serotonin, and melatonin. Niacin is needed to convert carbohydrates, fats, and proteins into energy. Serotonin (called the “happiness hormone”) is involved in regulating mood, appetite, and sexual arousal. Melatonin regulates sleep and circadian rhythm. All this affects the reproductive, gastrointestinal and immune systems.

One of the most valuable proteins in mare’s milk, due to its high and versatile biological activity, is lactoferrin. Currently, lactoferrin is very promising in terms of the study and practical application of milk protein.

What functions does lactoferrin have?

First, lactoferrin is capable of killing bacteria and viruses. In some cases, lactoferrin directly interacts with the bacterial cell, destroying it, or indirectly: it takes on the iron ions necessary for the bacterial life. Thus, it provides protection against pathogenic bacteria that inhabit mucous surfaces. It is used as a natural antiseptic. It has antibacterial action against some gram-positive and gram-negative bacteria, as well as some viruses and fungi. Lactoferrin plays a modulating role in the immune response. Stimulates or suppresses various hormonal and cellular components involved in the prevention and / or relief of infections and inflammation.

Due to the listed properties, lactoferrin is considered the main factor in the nonspecific immunity of a newborn child receiving breast milk as the main source of nutrition.

Lysozyme is another important component of whey protein.

Lysozyme is a unique enzyme that provides innate protection against pathogenic bacteria, fungi and viruses. Basically, lysozyme in the body is found in places of contact with the environment – in the mucous membrane of the gastrointestinal tract, lacrimal fluid, saliva, nasopharyngeal mucus, etc.

Mare’s milk contains 4 times more lysozyme than breast milk. And in cow’s milk, lysozyme is found only in trace amounts.

The oral cavity and pharynx serve as entry gates for pathogenic microorganisms. It is not surprising that in this biotope, in particular in saliva, there is a significant number of various antimicrobial molecules, among which lysozyme occupies a special place. Possessing two complementary mechanisms of destruction of bacteria (enzymatic and cationic), lysozyme reduces the likelihood of complete escape of pathogenic bacteria from its antibacterial action.

Also, lysozyme has significant antiviral and antifungal effects. The antimicrobial effect of lysozyme is due to its ability to destroy the biofilms of pathogenic bacteria and fungi. Translated from Greek, lysis means the destruction, dissolution of cells and their systems. 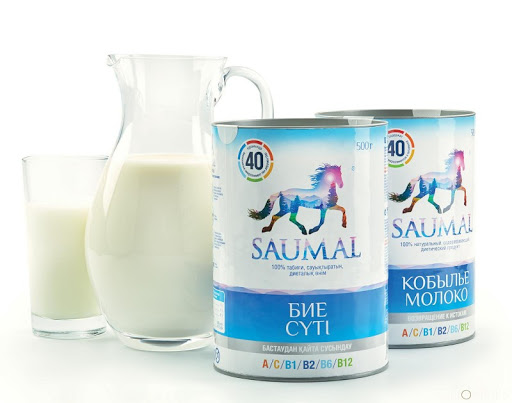 Mare’s milk contains immunoglobulins – complex proteins that perform the function of the body’s immune defense. Depending on the structure and properties, immunoglobulins (Ig) contained in milk are divided into 5 main classes: IgD, IgE, IgM, IgA, IgG. In mare’s milk, fractions of the last three classes predominate, which neutralize viruses and toxins, prevent bacteria from fixing on the surface of the epithelium, and activate leukocyte phagocytosis.

More items from us